CLENDENIN, W.Va. (WSAZ) — They’ve got the books and computers and now they’re one step closer to having the space.

Kanawha County Library Board Members voted Monday to enter into a lease agreement to open up a new Clendenin branch.

The agreement would give them space on the first floor of the former Clendenin Middle School. END_OF_DOCUMENT_TOKEN_TO_BE_REPLACED

CHARLESTON, W.Va. — Clendenin residents could have a temporary library following the approval of a lease agreement by the Kanawha County Public Library Board of Directors at its meeting Monday.

The Clendenin library was destroyed in the June 2016 flood. The closest options for residents to receive service were the Elk View branch as well as weekly stops by the county mobile library.

The agreement would include renting the first floor of the former Clendenin Middle School building on Koontz Avenue, a 3,300 square-foot space. The library board will pay $1,500 per month to 25405 A New Clendenin Inc., the not-for-profit owner of the building. END_OF_DOCUMENT_TOKEN_TO_BE_REPLACED

Gazette-Mail file photo: The Clendenin branch of the Kanawha County Public Library was severely damaged when around 9 feet of water inundated the building in the June 2016 flood.

The Kanawha County Public Library Board of Directors is one step closer to establishing a temporary branch in Clendenin.

Board members voted unanimously Monday to proceed with lease negotiations to create a temporary branch on the first floor of the former middle school on Koontz Avenue in Clendenin.

END_OF_DOCUMENT_TOKEN_TO_BE_REPLACED

West Virginia sits on the cusp of one of the greatest periods of infrastructure development since, potentially, the creation of the interstate highway system.

This development will provide tens of thousands of jobs, billions of dollars in investment, generations’ worth of tax receipts for state and county governments, and set the foundation for maximizing the state’s oil and gas resources for the benefit of all West Virginians. END_OF_DOCUMENT_TOKEN_TO_BE_REPLACED 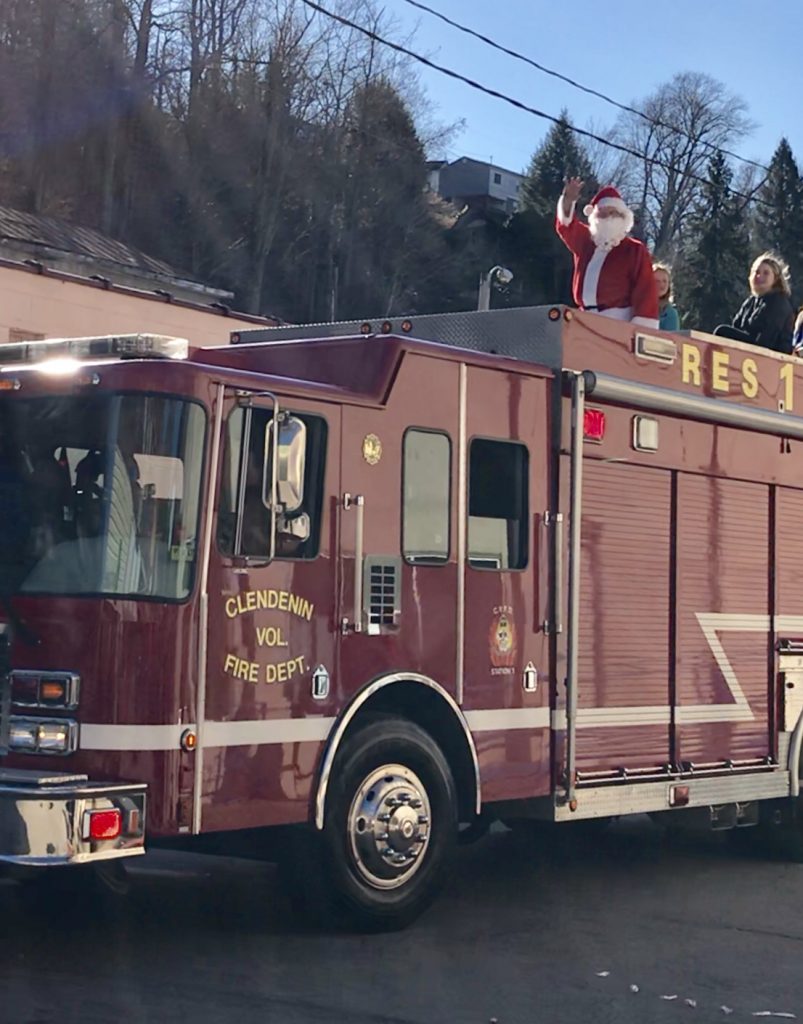 Santa was in Clendenin on December 9, 2017, for the Annual Christmas Parade. He was seen riding atop a Clendenin VFD firetruck and Ms. Betty Taylor served as the parade’s Grand Marshall. Many businesses and groups participated, kicking off the Christmas season with much cheer. END_OF_DOCUMENT_TOKEN_TO_BE_REPLACED

As a warmup for the Clendenin Christmas Parade that was held on Saturday, December 9th, the Clendenin Homecoming Festival held a fun event at the Rec Center in Clendenin the night prior in which they had a Christmas decoration competition. The following morning, just hours before the parade, Breakfast with Santa was held at Momma Payne’s Restaurant.

Mayor Shana Clendenin invited County Commissioner Ben Salango to assist with the judging of the lights and decorations around town. Homes and businesses were judged, and trophies were awarded for first, second, and third place in each category. END_OF_DOCUMENT_TOKEN_TO_BE_REPLACED

Thomas Alfred Harper to be arraigned

Thomas Alfred Harper, 20, of Clendenin, will be arraigned by Judge Joanna Tabit, 9:30 a.m. on December 14, 2017 for breaking and entering, and grand larceny.

Randall Douglas Woods, 62, of Clendenin, also was indicted on a murder charge last week. Woods allegedly shot two of his neighbors in August after a dispute.

Woods told police at the time that he fired his 9mm pistol into a pickup that three of his neighbors were riding in. Woods allegedly shot David Elmore, 31, killing him. Cora Elmore, 38, who was driving the truck, survived with a gunshot wound to her forearm.

Woods also is to be arraigned before Tabit at 9:30 a.m. Dec. 14. In addition to murder, he was indicted on malicious wounding and wanton endangerment charges.

Photo by Craig Hudson | Gazette-Mail – Military personnel hoist up a trainee who was “rescued” from the water during a training exercise for the newly formed West Virginia Swift Water Rescue Team.

But circumstances changed quickly following the deadly June 2016 flood that devastated much of West Virginia.

“The floods in 2016, with many losing their lives, that’s what sparked this joint enterprise,” said Clendenin, now chief of the Clendenin Volunteer Fire Department.
END_OF_DOCUMENT_TOKEN_TO_BE_REPLACED

CLENDENIN, W.Va. (AP) — Another West Virginia school that was destroyed by severe flooding last year is receiving musical instruments for its band.

The Charleston Gazette-Mail reports that the nonprofit group Music Rising is giving $64,000 in band instruments to Herbert Hoover High School in Clendenin. The school lost its instruments in the June 2016 floods and borrowed instruments after that from a nearby middle school.