Lady Huskies Finish Season at No. 5 in Nation in Final MaxPreps Poll 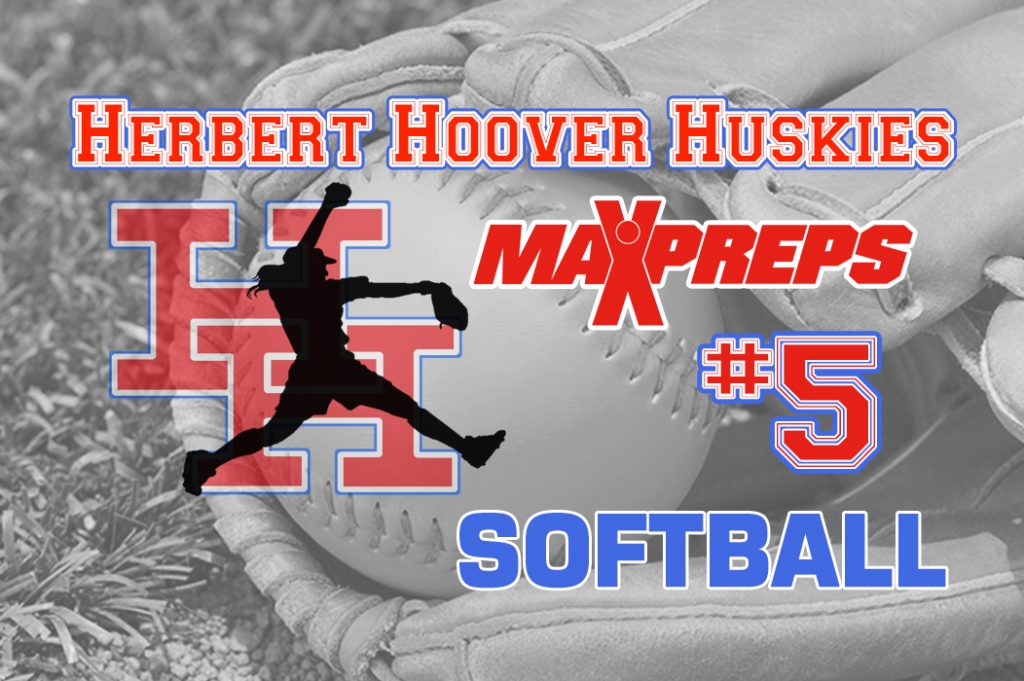 Madison (Vienna, Va.) ran the table on the 2018 season in dominating fashion: 28 wins in 28 games, trailed twice the entire season, won another state title and ran its two-year win streak to 42.

“It’s special,” coach Jim Adkins said. “To do what these girls accomplished really is amazing. (I’m) really proud of what they’ve done the past two seasons. It just doesn’t get any better than this.”

The Warhawks edged No. 2 Neshoba Central (Philadelphia, Miss.), which finished 34-0 and won the state 5A championship, for the national crown.

“There were no down moments this season,” said Adkins, Madison’s fifth-year coach. “Team camaraderie was great, the parents were great, the administration, etc. Everything was just perfect. As a coach, you dream of a perfect season and this would be it.”

It’s the second-straight year Madison has won the Virginia 6A (the state’s largest enrollment classification) championship. In winning the state 6A title in 2017, the Warhawks went 28-1 and won their final 14 games. Their last lost was 4-3 in eight innings and happened 14 months ago. Adkins said his team had no weak spots, one through nine in the lineup could hit and the pitching of All-American Echazareta was dominating.

How dominating were the Warhawks in 2018? Consider the following:

• Eight players homered led by Kristin Giery with 12 and Echazareta’s 11.

The Warhawks had it all. They committed just 11 errors (a fielding percentage of .976) and opposing batters managed a meager 0.62 average against Echazareta and Giery. They were caught stealing just three times in 59 attempts.

Madison, which is ranked No. 5 in the MaxPreps computer poll, started the season ranked No. 1 in the Virginia/Maryland/Washington D.C. area by the Washington Post. The Warhawks were ranked No. 52 in MaxPreps Xcellent Preseason Rankings. Interestingly, Neshoba Central was ranked No. 50.

Adkins said he set the 2018 schedule to be as challenging as possible and to go unbeaten was a bit surprising. Madison, which has an enrollment of 2,000 students, defeated teams from four states and won the Myrtle Beach Grand Strand Tournament in late March by a combined 36-5 margin. All five wins were lopsided.

“We knew we had a good team coming,” he said. “We only lost one senior from a year ago, had seven seniors. We knew we had the makings of a special season.”

Though there was no in-season talk about going unbeaten, Adkins said a pivotal moment was coming back to beat highly ranked Bishop O’Connell (Arlington).

“When we came back to beat them and their All-American pitcher (Kat Sandercock), who is headed to Florida State, we knew it was a possibility,” said Atkins. “But with a schedule as tough as ours, we knew how difficult it would be.”

The only other time they trailed during the 2018 season was in the state quarterfinals when South County (Lofton) led 2-1 going into the bottom of the sixth and the Warhawks scored five to win 6-4.

“We started the season with a target on our back and never talked about going unbeaten,” said Adkins. “We had no team mottos. Of course, a goal of every team is to go unbeaten, but we truly took this one day at a time. We asked the players to ‘get better every day.’ ”

No. 2 Neshoba’s title was its seventh straight and the Rockets will enter the 2019 season with a 39-game winning streak. Californians San Marcos and Norco finished Nos. 3 and 4, respectively, and Hoover (Clendenin, W. Va.) rounds out the Top 5.

4. (4) Norco (Calif.), 29-3
The Cougars finished the season with 10 straight, including 8-2 over Gahr to win the California Southern Section Open Division title.

7. (7) Scott County (Georgetown, Ky.), 33-2
The Cards closed the season with 15 wins in a row and the Kentucky state championship.

23. (23) Masuk (Monroe, Conn.), 27-0
Junior Sam Schiebe pitched a two-hit shutout while striking out 14, in leading Masuk to the state L title. She walked one and allowed just two balls to be hit past the infield.

26. Decatur Central (Indianapolis), 32-4
Lead by pitchers Karli Ricketts (Butler signee) and Kenzee Smith, the Hawks won the state 4A title and their final 14 games. Smith and Ricketts combined for more than 300 strikeouts in a little over 200 innings and 16 shutouts.

28. Canyon (New Braunfels, Texas), 29-2
The Cougs finished second in the state 6A tournament.