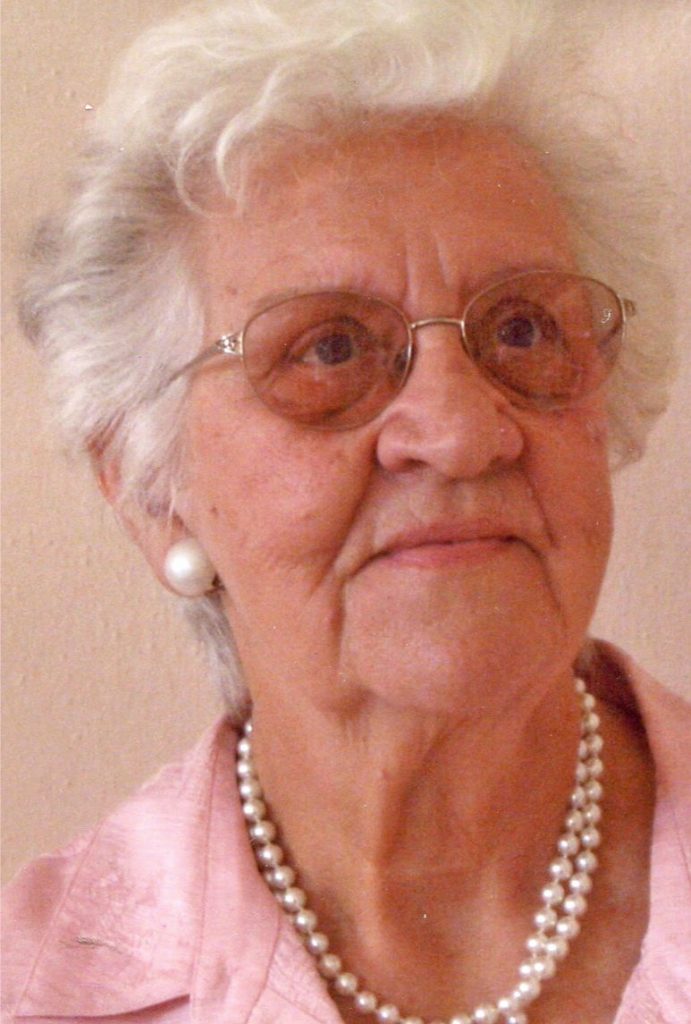 Betty Jean Fisher Young, 91, of Charleston, died April 19, 2018, at Hubbard Hospice House. She was a retired registered nurse, a member of the Baptist Temple, and Charleston resident for 74 years.

She was born November 29, 1926, in Glenville. Her parents were Janet Frances Westfall Fisher and Elias Harold Fisher. She graduated from Glenville High School in 1944. She moved to Charleston when she was accepted into the Army Cadet Corps at McMillan Hospital School of Nursing.

By the time she graduated in 1947, WWII had ended and Betty had met her future husband so she stayed at McMillan as an RN. For 20 years, she worked in various positions, including obstetrics nurse in labor and delivery, medicine “float” and charge nurse. Most often, she worked her preferred night duty. In 1971, she took a position as a public health nurse with Kanawha Charleston Health Department where she worked for 17 years. She began as a home health nurse visiting patients in the St. Albans area and then moved to the public health clinic on Lee Street.

Betty was active in many aspects of church life at the Baptist Temple, including the American Baptist Women, Business and Professional Women’s Circle, Sunday School teacher, Flower Committee, Deacon, senior groups and often the organizer of receptions. She participated in two medical mission trips to the Dominican Republic. She was a former member of the Ivy Bank Garden Club, former board member of the WV Nurses Association and Shepherd Center; and long-time member of a cancer support group. She and her husband were avid square dancers with the Starlite Squares and Woodstackers clubs.

After her retirement, Betty loved to travel and she made friends wherever she went. She devoted herself to helping others through her church, the American Cancer Society, the Veterans Program at the Roark-Sullivan Lifeway Center and various other organizations. Always a nurse, she often volunteered to check blood pressures for seniors’ groups and served as camp nurse at the WV Baptist Camp and Parchment Valley Conference Center. Her purpose in life was always to do things for other people and, since moving to an assisted living facility in 2016, she touched people more than she knew just by being herself. The family wishes to thank the staff at Brookdale Charleston Gardens, 7th floor south at CAMC General and the Hubbard Hospice House for their loving care.

The service will be at 1 p.m. Friday, April 27. at the Baptist Temple followed by a graveside service at Sunset Memorial Park in South Charleston. Friends may call from 5 to 7 p.m. Thursday at Barlow Bonsall Funeral Home.

Condolences may be sent to the family at www.barlowbonsall.com.

Barlow Bonsall Funeral Home, Charleston, has been entrusted with the arrangements.