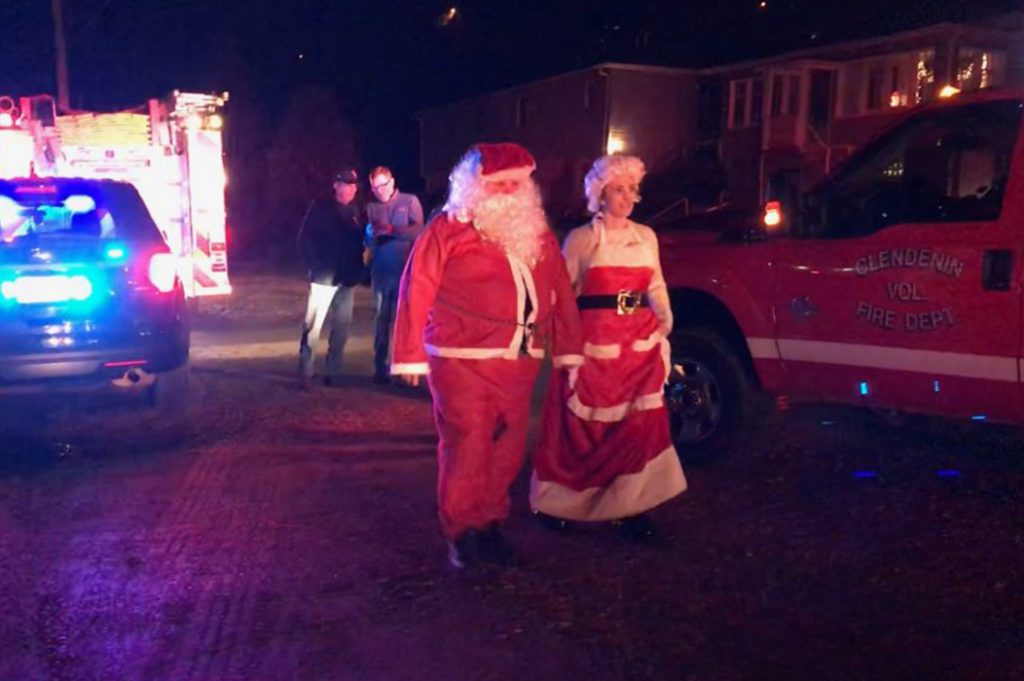 The Clendenin Volunteer Fire Department, along with the Mayor of Clendenin, a Clendenin Police Officer, and a State Trooper, provided an impressive light and siren-filled escort around the Clendenin area for Santa Clause and Mrs. Clause Tuesday evening, December the 19.

Clendenin VFD elves had all gathered at the firehouse earlier in the evening and sorted through the massive number of children’s toys that had been donated. Once the sorting was complete and Santa and Mrs. Clause were ready, everyone loaded up in firetrucks and other rescue vehicles to make special deliveries of toys in and around the Clendenin area. Some deliveries were planned, while others were just random stops. When the caravan would pull up to one house for a delivery, children from surrounding houses would come out to see what was happening. They were pleasantly surprised to see Santa and Mrs. Clause, and to get to talk to them and receive toys as well.

The children and parents were all smiles, and one parent was even witnessed crying with joy. As stated by Steve Samples, a Clendenin Volunteer Firefighter on site, “This is what its all about.”