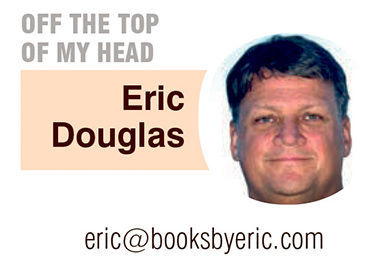 I learned a lesson in humility recently.

With the cold weather, I was using my fireplace more than anticipated. I knew I wasn’t going to have enough firewood to make it through the winter, but my supply dwindled faster than I expected.

Just as we were running out, my wife found someone locally who could deliver to the house at, frankly, a better price than I expected. (Another quote was $50 more.)

The evening they were coming to make the delivery, they were late. And kept getting later. I was tired and wanted to go to bed.

They finally made it to my house to deliver the firewood at 10:45 p.m. I was frustrated and had nearly told them not to bother coming, but I didn’t.

First off, this young couple did exactly what they said they were going to do. They brought a load of stacked wood to my house and restacked it for me, right where I asked them to. I stood outside with temperatures in the teens and talked to them while they unloaded.

They were from Clendenin, both probably in their 30s, but honestly, they seemed younger than that to me. It was cold, and they had already loaded and unloaded several loads of wood that evening, but they were cheerful and happy to be working. They told me…

Eric Douglas, of Pinch, is the author of “Return to Cayman,” “Heart of the Maya,” “Cayman Cowboys,” “River Town” and other novels. He is also a columnist for Scuba Diving Magazine and a former Charleston Newspapers Metro staff writer. For more information, visit www.booksbyeric.com or contact him at Eric@booksbyeric.com