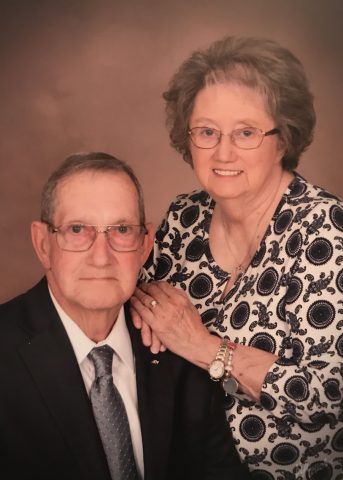 On December 16, 2017, with the assistance of Hoyt’s wife Sandy, Susan Jack and Mark Burdette from the Clendenin Leader interviewed Mr. Hoyt Newman at his home nestled on Goad Hill overlooking the town of Clendenin.  Hoyt, a lifelong Clendenin resident and owner of the historic Clendenin Dairy Queen that was lost during the flood of 2016, is now 77 years old. His mind is still sharp, his familiar humor and wit are totally intact, and his storytelling is as good as it ever was.

Hoyt and Sandy bravely admit that there have been bumps in the road over the many years of their marriage and partnership. However, they have remained steadfast and together through it all and feel that they are closer now than ever before.

The publishing of this interview will be done in a multi-part series, comprised of both a highlight summary written article, and actual video footage taken during our interview. Although many may feel that they know the man, this interview is sure to enlighten readers and viewers to interesting facts you may not have known about Hoyt. 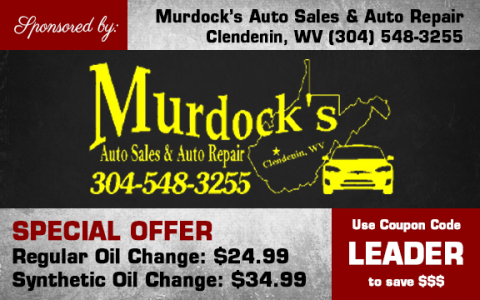 The Leader’s philosophy and intent is to help propel our community into the future, however we feel strongly that we must also celebrate our past, our people, and our rich history. Hoyt Newman is a local treasure to most in the Clendenin and Elk River area. He is known near and far as the owner of the iconic Clendenin Dairy Queen that served up those fantastic hotdogs and stood the test of time. We feel that he is the very definition of a “living legend” within our community and we could not think of a better person to feature in our inaugural edition.

The Clendenin Leader would like to extend our heartfelt gratitude to both Hoyt and Sandy, for allowing us into their home and entrusting us with this task. It is truly an honor to help tell this story.

CHILDHOOD, CHRISTIANITY, and a GRANDFATHER’S INFLUENCE 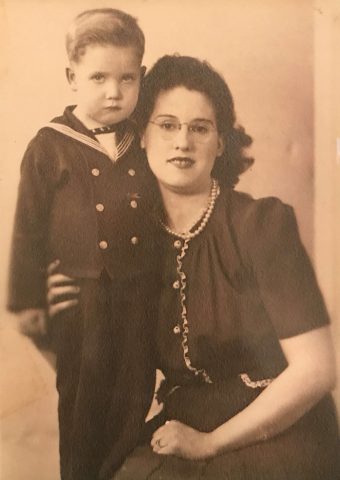 Hoyt Everett Newman was born February 9, 1941 and was the oldest of two boys born to Elva Geraldine “Gerry/Jerry” Osborne. His father was never involved with them as a family, making it extremely difficult for his single mother to raise them on her own. She placed him in the hands of his grandparents, Willet and Ervie Osborne. Hoyt had a tremendous amount of respect for his grandfather, who in his eyes was “the best man that ever hit the world”. Willet Osborne worked at the old Elk Refinery and only made about $1 an hour, but Hoyt recalls that he doesn’t ever remember his grandfather complaining about a thing. Hoyt credits his grandfather with instilling in him good Christian values that stayed with him throughout his life, even in times when he wasn’t as devoted. In Hoyt’s words, “it never left me”. He said, “I think going to church with him (his grandfather) saved my heart. All the years that I didn’t go to church, it still stayed there.” Hoyt added that he, himself, had been saved about five or six years ago. 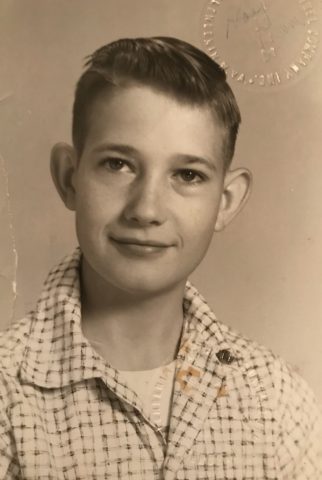 Hoyt indicated that the most fun he ever had in his younger years, was attending a one-room schoolhouse called Roadside School. It was located close to the Kanawha/Roane County borderline, near what used to be Sandy Brae Golf Course. He is very proud of that fact saying, “Not very many people went to a one-room school”. He reflected on the Parker Family and their children that attended school with him there. They lived not far away and would invite him to their house and secretly feed him a hot lunch many times because all he had packed for lunch was a biscuit. They were careful not tell his grandmother, for she would have been upset about it, and as Hoyt put it, he would have received a “whip’in” for bumming. They had one single teacher at that one-room schoolhouse and he would divide his time among all the children, working with each of them individually according to their grade level. Hoyt attended this school through the 7th grade. “I’ll never forget it. I learned a lot there, maybe not with the bookwork, but I learned a lot.”, Hoyt said. 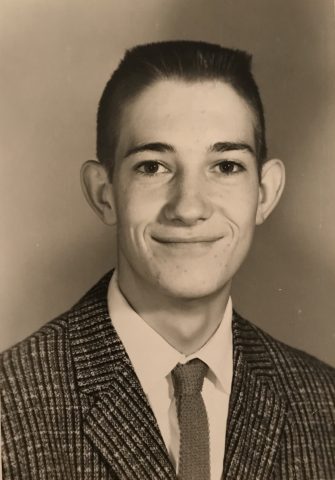 After being asked about his fondest childhood memory, Hoyt paused for several minutes thinking. He then laughed and said, “Learning how to squirrel hunt probably.” He proceeded to tell a squirrel hunting story about he and a childhood friend competing to see who could kill the most squirrels. It is interesting to note, that even at an early age, competition was an important part of life for Hoyt. As you will see, this mindset ultimately served him well later in life, as he dealt with the many challenges of business ownership and competition related to it. 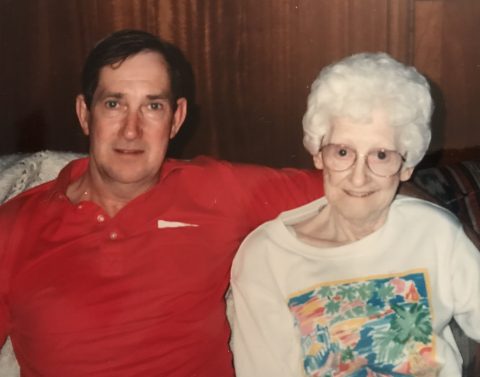 HOYT’S MOTHER, DAVIS DINER, and THE BIRTH OF THE CLENDENIN DAIRY QUEEN

Hoyt remained with his grandparents until the age of 14. He then moved into the town of Clendenin and back in with his mother who was now married to Mr. Blake Davis. She had since had another baby, Julia Ann Davis, nicknamed “Tootie”, and she was running Davis Diner, a roadside diner owned by her husband’s brother French Davis. Most of Hoyt’s days consisted of going to school in Clendenin, then coming home to babysit his little sister Tootie and helping his mother at the restaurant. 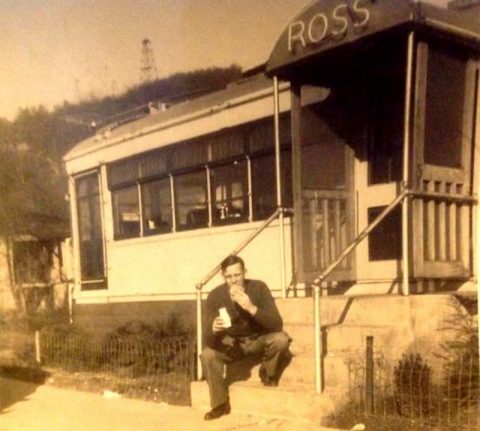 Davis Diner was constructed of two streetcars, one of which housed the restaurant portion and the other for storage. It had been moved into Clendenin back in the 1930s and was located on Route 119 where the former Smith’s Foodfair parking lot is now. It was one of those classic iconic diners for its day, having booths for sit-down dining and neon lights around the exterior. Hoyt went on to discuss the landscape in that area at that time and the people involved in shaping it. The Clendenin Dairy Queen was built by the Davis family in 1956, adjacent to the diner. In 1957 Hoyt’s mother leased the DQ and managed both it and the diner. In 1958 she purchased the Dairy Queen outright. “She give $40,000  for it” Hoyt said with a chuckle. “Yeah, that’s what she give for it. And I bought it off of her. That’s what I give for it.”, continued Hoyt, laughing a little harder. Hoyt purchased the Dairy Queen from his mother in 1977 and she worked for him for many years when she was able. 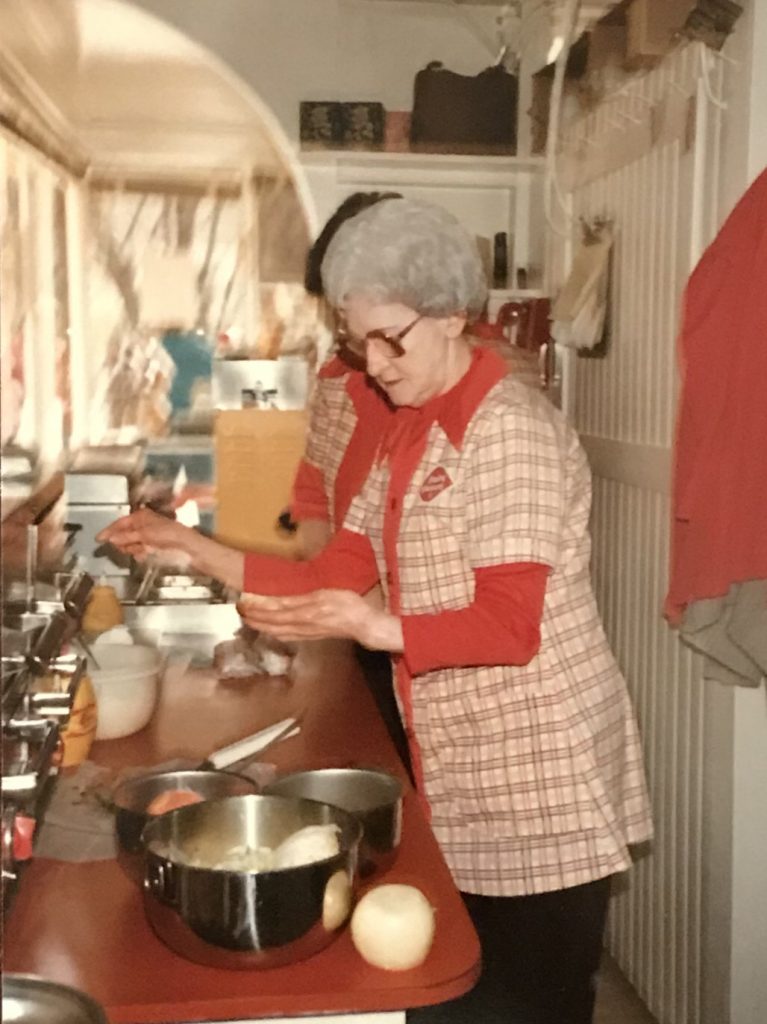 Hoyt and his mother were very close. He loved her dearly, stating that she was a good person and added, “Boy she was a worker. Work, work, work, work, work.” Although her given name was Geraldine, everyone called her Jerry, so that is what Hoyt had placed on her headstone after her death years later. Hoyt had her buried at Tyler Mountain and he recalled a conversation he had with her about their burial plots there. He laughed and said, “I told Mom, I’m gonna be right at your feet.” She responded, “Like always.” There is no doubt that she provided a great example of work ethic and determination for Hoyt and was a tremendous influence on his life. Hoyt’s wife Sandy later summed up Hoyts feelings for his mother by saying, “He loved her more than anyone that has ever walked.”

Check out the video interview for more, and stay tuned for Part II of this interview series to be released soon! Teaser: You’ll see Hoyt talk about his military service, love at first sight, and business challenges he faced over the years while owning and operating the Clendenin Dairy Queen.