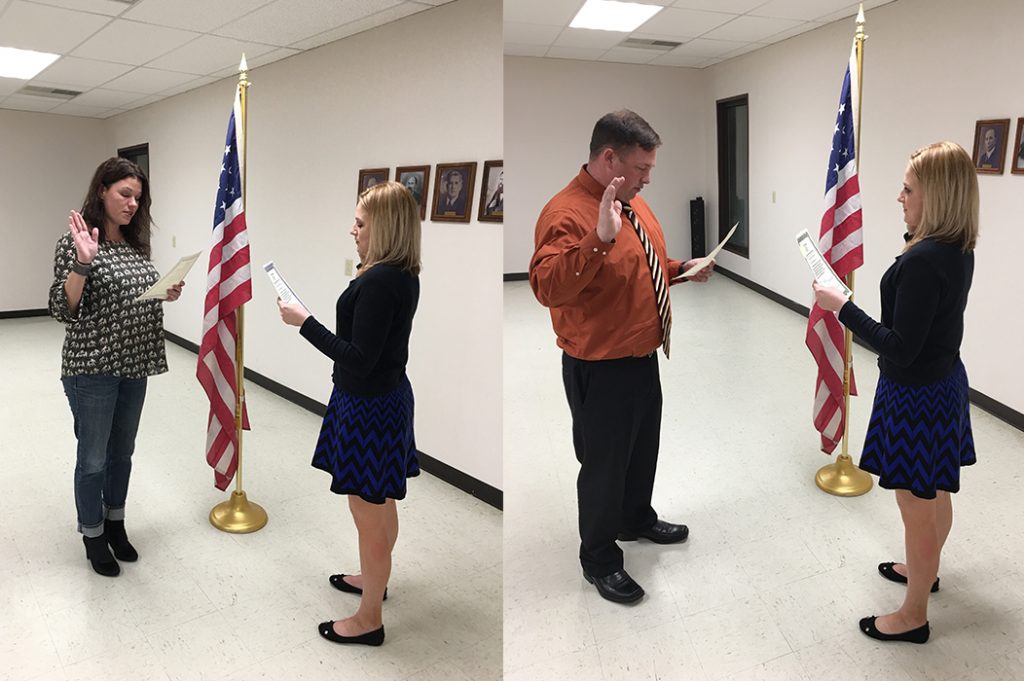 During the committee reports, Councilwoman Erica Kearns, reported balances for the following accounts:

Mayor Clendenin reported that members of the Clendenin Fire Department, who are part of the West Virginia National Guard Swift Water Rescue Team, were deployed for the first time last Friday to Moundsville, WV in preparation for flooding that was expected. All members returned home safely Sunday evening.

According to Mayor Clendenin there have been 11 arrests since Feb. 4th. Mostly drug seizures, including a vehicle and drug money. The Clendenin Police Department will be updating their Facebook Page this week in preparation to start posting arrests moving forward. Public posts will include name, picture, location, reason for arrest, and where they will be held.

Members of the Clendenin Police Department went to Roane County for training with the Charleston Police Department and West Virginia State Police on how to work and interact with a canine unit if an officer brings a K-9 on scene.

Councilman Bird reported all vehicles and equipment are in good working order. Bird also reported that West Virginia American Water and Mountaineer Gas still had areas to work on and finishing paving. The street department has been focused on cleaning up drains the past couple of weeks, including fixing holes on North Point Drive.

Councilman Shelton reported that all town buildings, grounds, and Town Hall are in good working order. Shelton added that Grant 4210 West Virginia 05 is awaiting payment of funds from FEMA to pay for the demolition costs of 8 houses. Proceeding with the remainder of the project agenda in order to close it out. Project is currently on schedule. Project Worksheets (PW6, PW7 and PW8) have minor contractual issues that are currently being addressed. The contractor has already started another job. Pending those contract concerns it is unknown at this time when the contractor would be able to start the job to repair slips. Shelton added that he is working on documentation for other projects in preparation for a review request for closed projects to receive any funds due on the remaining Project Worksheets (PW). All other proposed grants for elevations and rebuilds are still awaiting the documentation review process.

Councilman Townsend had nothing to report on Koontz and Mary Osborne cemeteries.

Councilwoman Kearns reported a street light outage on North Point, stating that the street department has been notified to fix light. An ordinance enforcement letter has been sent to one homeowner on Koontz Avenue. Kearns went to court regarding a property on the north end of town; it is currently a work-in-progress and will be revisited on March 14.

Councilman Knight reported that Pamala Allen, owner of Allen’s Laundromat, purchased the old Poca Valley Bank building beside State Farm on Main Street. According to Knight, Pamala plans to expand her clothing and gift shop that is currently located inside of Allen’s Laundromat. The Clendenin Leader has reached out to Pamala to learn more about what her plans are with the building. In other economic development news, Knight reported there is currently a contract on the Chase Bank on Main Street ,which is good news for the Town of Clendenin, and its ongoing recovery efforts.

In new business, a motion was made by Councilman Townsend to appoint Councilwoman Kearns to Town Recorder, and it was seconded by Councilman Bird. All were in favor.

Kerns’ appointment of Town Recorder created an open seat on Town Council, which goes to the next highest vote-getter from the past town election, who was Russell Underwood. Mayor Shana Clendenin announced that Mr. Underwood had accepted to fill the opening on Town Council and was immediately sworn in as councilman by the Mayor.

At the January 22, 2018 meeting, Town Council discussed a fee increase for an overdue parking meter from $3 to $5. Fines that are not paid within 10 days will increase the fee to $20. Mayor Clendenin announced the resolution and called for a vote. A motion was made by Councilman Townsend to adopt the fee increase and it was seconded by Councilman Bird. All were in favor.

At the Feb. 12, 2018 meeting, Town Council approved moving $5,000 to the Fairs and Festivals account to assist with the fireworks contract for the upcoming fireworks display during the Clendenin Homecoming Festival that is scheduled for June 22-24, 2018. Since the matter dealt with funds, Mayor Clendenin had a resolution prepared for Town Council to sign on the record.

Mayor Clendenin suggested to Town Council for consideration to hire a part-time Town Clerk to be trained to cover duties for Diana Holcomb during sick, personal, and vacation time on an as-needed basis. A motion was made by Councilman Townsend to hire a part-time Town Clerk and was seconded by Councilman Bird. All were in favor. Interviews to fill position will begin in the coming weeks.

In old business, the closing date was scheduled last week for the purchase of Jim White’s building, which used to be the old feed store between Town Hall and the Clendenin Fire Department. The building is currently being used as storage for equipment. According to Kearns there were some alignment issues with the legal documents. Kearns indicated that the town administration is working with the bank’s attorneys to make sure things are in order and in the best interest of the Town of Clendenin. A new closing date will be forthcoming.

During the council concerns portion of the meeting Councilman Knight brought up the idea for the administration to look into accepting credit card payments for fines to make it more convenient. The town administration is currently looking into what it would take to offer this as a convenience.

A motion was made by Councilman Shelton to adjourn the meeting and it was seconded by Councilman Underwood, as his first order of business since being sworn in as the newest member of Town Council.

The next Town Council meeting will be held on Monday, March 12, 2018 at 7:00 p.m. at the Clendenin Recreational Center.