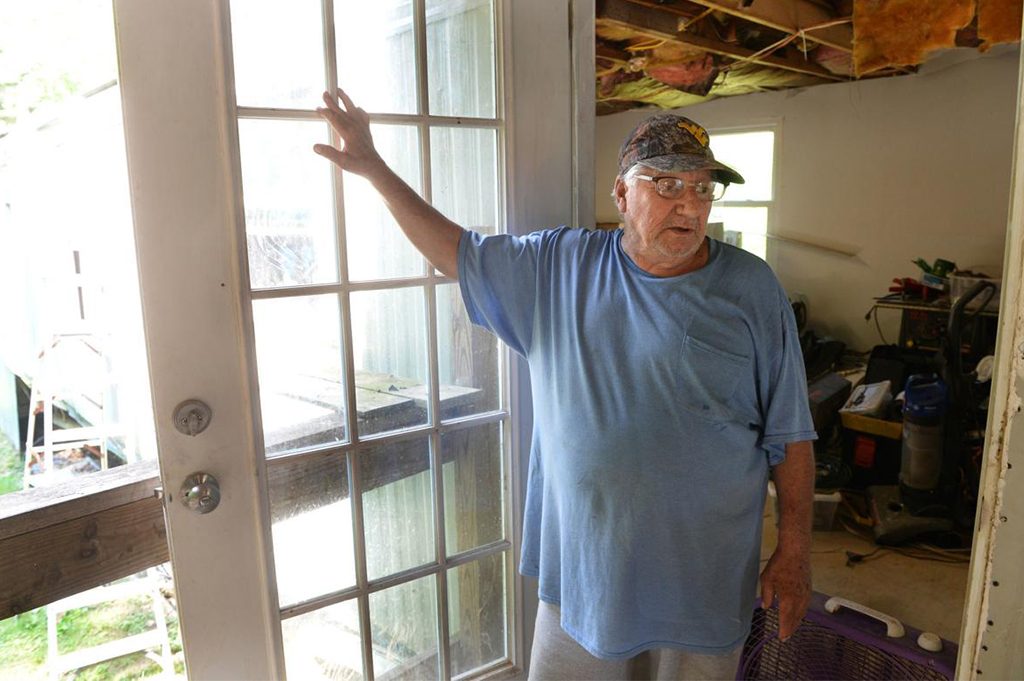 George Lesson, Jr., of Elkview, stands by the door of his trailer, which was severely damaged by the June 2016 flood. After he denied a new trailer from RISE, he’s been working to repair the old one. Gazette photo.

LESLIE — When John Harris and his family moved into their church’s parsonage, it was supposed to be a temporary solution.

The 40-year-old’s home in Leslie, Greenbrier County, was damaged beyond repair during the June 2016 flood. His church took them in last October, and they signed a three-month lease. They expected to be in a new home built by the state’s RISE program soon after.

RISE first told him he’d have a new house by Thanksgiving, Harris said — then by Christmas, then by February. Four months later, in early June, they were still waiting.

“I feel like I’m abusing the usage of my church,” he said at the time. “I really do. And I really feel like that RISE just doesn’t care.”

Last week, though, Harris got some good news. Soon after Gov. Jim Justice…