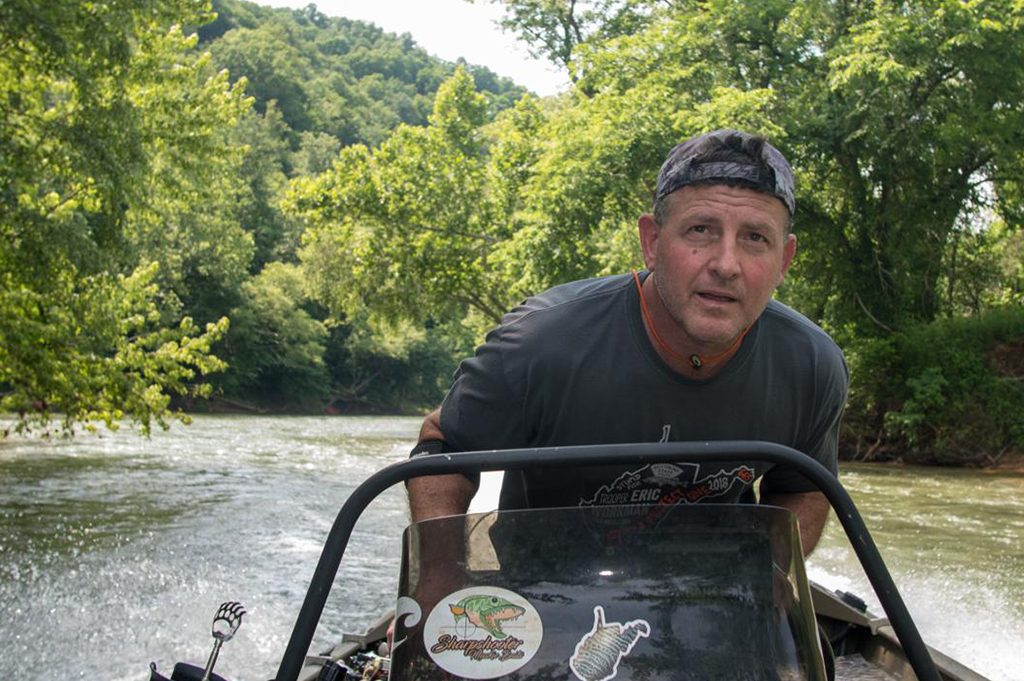 In the 18-foot jet boat he uses for muskie fishing, Scott Smith navigates shallow, narrow rivers with ease. The outboard jet drive’s lack of a propeller allows the boat to skim through waters only 2 to 3 inches in depth. John McCoy | Gazette-Mail photo

Rough-water waves slapped at the aluminum hull. Smith ducked an overhanging tree limb and threw his craft into a controlled skid that skirted a gravel bar by mere inches.

It was over in seconds. The boat zipped through the shoals and roared into a long, green pool. Smith relaxed and grinned.

“See? This boat can go places [propeller-driven] boats can’t go,” he shouted over the motor’s roar.