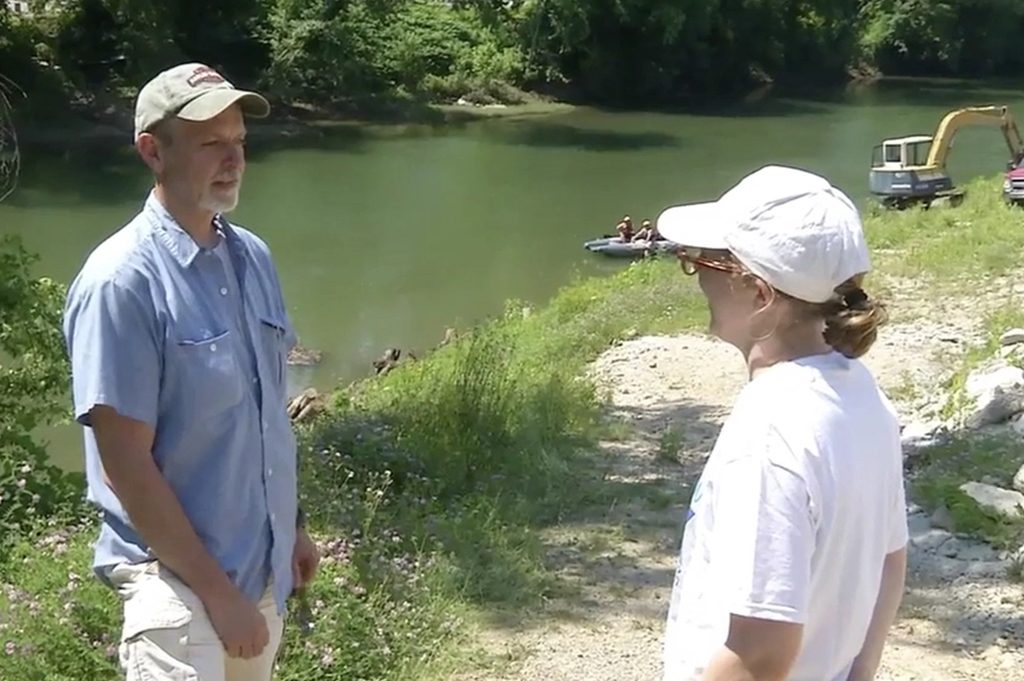 More than 100 volunteers cleaned up tires and other debris from the river bank.

KANAWHA COUNTY, W.Va. (WCHS/WVAH) — Two years after historic flooding ravaged parts of West Virginia, the town of Clendenin continues to rebuild. Saturday was dedicated to cleaning up the Elk River, as community members want to restore the river’s beauty to what it once was.

Local business owner George Smith remembers the 2016 flood like it was yesterday.

“The water receded, and the entire back of the store was gone,” said Smith.

That Family Dollar has reopened, along with much of the town, but just behind it lies the Elk River, still in shambles. Smith and more than 100 volunteers were looking to change that.

“The people who are here – they have it in their hearts – they want to clean this up,” said Chief Rod Johnson of the Pratt Volunteer Fire Department, who came out to volunteer. “This is just a tiny, tiny bit of what I can give back to the community.”

Kayakers rounded up leftover debris, and larger boats hoisted tires. Contractors like Smith operated heavy machinery, which they donated themselves.

“They’re actually dropping chains over and picking up the debris piles off of the bridges. Anything that can be brought in, we’re trying to bring it in,” said Smith.

For Johnson, Saturday was all about paying it forward after an outpouring of support for two of his firefighters killed earlier this year.

“You had people who were killed and injured. These people are still recovering,” said Johnson.

“We see a lot of resilience in the town of Clendenin – making this a place where people want to come again,” said Smith.

In addition to the dozens of volunteers, this effort was made possible by Kanawha County EMS and the DEP.

The second anniversary of the flood is next weekend.