Audit: At least 495 use state vehicles to commute; other details lacking 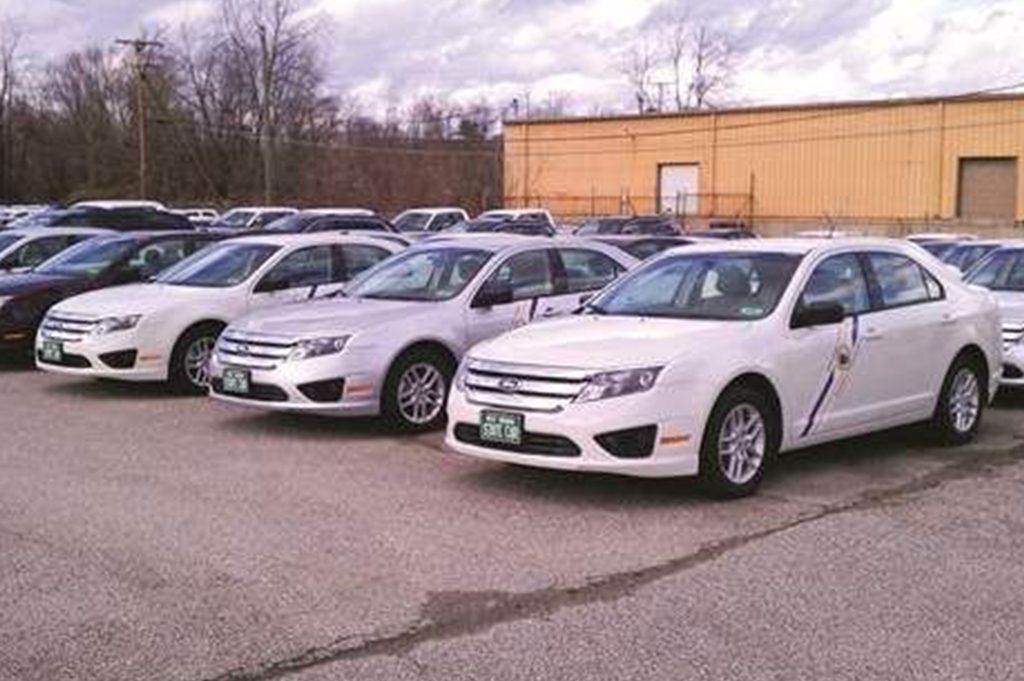 Legislative auditors continue to struggle to get a handle on use of the state’s vehicle fleet because of agencies that are exempt from state Fleet Management regulations, and the lack of a state law requiring agencies to separately track business and nonbusiness mileage, auditors advised the legislative Post-Audits Committee Sunday.

Sunday’s audit looking at state officials authorized to use state vehicles for commuting concluded that, between Jan. 1 to June 30, 2017, some 495 individuals had that privilege, according to agency disclosures.

The vast majority was from the departments of Transportation (220 commuters) and Commerce (128).

However, because of lax reporting requirements, auditors could analyze business and nonbusiness use of vehicles for just 52 commuters.

Those 52 individuals had total mileage during the study period of 7,865 miles, with 2,309 miles, or about 30 percent of total usage, for nonbusiness travel.

The audit also found that, in 234 of the 495 employees using state vehicles for commuting, their agencies had underreported to the IRS the value of commuting as a taxable fringe benefit.

Sen. Ed Gaunch, R-Kanawha, called for eliminating use of state vehicles for commuting.

“It seems to me what’s happening is that vehicles are being given out as fringe benefits,” he said, adding, “This is ‘in your face’ to the public. … People are sick of it.”

Among its findings Sunday, auditors found that, on several occasions while attending out-of-state judicial conferences, former court administrator Steve Canterbury had extended his stays for personal vacations, reimbursing the court for that portion of travel costs.

However, the audit found that Canterbury had failed to take into account higher weekend car rental rates on several occasions, or to account for the cost of having his personal vehicle in the Yeager Airport parking building for additional days.

On May 10, according to the audit, Canterbury provided the court with a check for $911.04 to reimburse those costs.

However, Sen. Roman Prezioso, D-Marion, complained that in 20 trips to out-of-town conferences from 2010 to 2016, Canterbury had accumulated more than $11,000 in rental car expenses.

“There’s a real issue when people on the state’s dime are obtaining rental cars instead of using cabs or other transportation,” Legislative Manager Aaron Allred responded.

He cited the audit last month that found unusually high mileage reported on rental cars that Justice Alan Loughry leased during seven out-of-state conferences, leading auditors to surmise that either Loughry “or a travel companion allowed to use rental cars, vacationed on the state’s dollar.”

Also, legislative auditors sought Court schedule calendars for Canterbury to verify the purpose of six trips using state vehicles, but were advised that the executive assistant to current court administrator Gary Johnson notified Johnson in a memo dated Feb. 16 that Canterbury’s personal calendars from 2013 through his dismissal in 2016 were missing from her files.

In response to the audit, Chief Justice Margaret Workman said the court is now following state Fleet Management regulations, adding, “We have tightened up our record keeping so that no one uses a court vehicle now without full and total documentation.”

She added, “No one is commuting using a state vehicle now.”

The audit also questioned why court officers had failed to notify the IRS that Justice Menis Ketchum had been using his state vehicle for commuting during a 2017 audit.

Workman said there was no attempt to mislead the IRS, and said Ketchum had stopped using state vehicles for commuting months before the staffer working with the IRS on the audit had joined the court.

“I don’t believe for one second anyone affirmatively made that misrepresentation,” Workman said.

“That didn’t cost taxpayers any additional money, did it?” asked Delegate Tim Miley, D-Harrison, who was told it did not.

Meanwhile, auditors continued to raise issues with the practice of state drug courts to use state Purchasing cards to purchase gift cards given to court participants as rewards for meeting incentives.

Workman said that while there is no evidence of misappropriation or misuse of gift cards, the court has suspended use of state P-cards to purchase gift cards until a new system can be devised.