UPDATE: Elk River Clean Up postponed due to weather

KANAWHA COUNTY, WV (WOWK) – The Elk River Clean up, scheduled to take place on June 2 has been postponed to June 9, 2018.

Mayor Shana Clendenin said the decision was made to switch up the dates as a result of the weather forecast and river access.

“Everyone will meet at Smith’s parking lot in Clendenin at 9 a.m. and be disbursed to gather the garbage”, the page states.

Roger Wolfe: Turning a painful tragedy into a legacy

On a fateful evening in August of 2012 in Roane County two West Virginia State Police (WVSP) Officers were gunned down during what should have been a routine traffic stop. Corporal Marshall Bailey and Trooper Eric Workman were killed in the line of duty.

The death of the officers marked a dark day, one of the worst losses the WVSP has experienced in the existence of the agency as it lost two officers in the line of duty. The loss of the officers is felt by many still today.

Both officers were known as great role models for all that knew them. Trooper Workman was known in particular for his many athletic accomplishments and his love for the outdoors.

Workman was an avid hunter and fisherman and spent a great deal of time pursuing the muskies anywhere they could be found. Since his death, his family and friends have found a fitting way to honor the young man and help promote the things he felt so passionate about.

Shortly after his death, the Trooper Eric Workman Foundation was formed to honor the fallen officer and the first Eric Workman Memorial Muskie Tournament was held. This year will mark the 6th Annual occurrence of the tournament.

The growing muskie fishing community across the state has gotten behind and gotten involved with the annual event and it is an enormous success each year. This year the event will kick off at 12 a.m. on Saturday, June 2, 2018 on waters all over the state of West Virginia.

The event culminates on Sunday, June 3rd at 2 p.m. with a banquet and awards ceremony. The contest and the prizes aren’t the end of the story for this tournament.

The proceeds from the event are used for the betterment of the resources that Workman loved and for educational outreach and drug prevention programs around the state.

Over the previous years, the foundation has gone above and beyond to help the WVDNR improve muskie fisheries all over the state. The foundation has provided much needed items such as fathead minnows, a favorite food of growing muskies, to state hatcheries to help grow out fingerling muskie to be stocked all around the state.

The foundation has also donated various equipment to help the fisheries biologists do their job and monitor the progress of muskie statewide.

Equipment such as electric fish handling gloves which greatly help the biologists in the harvesting of eggs from wild muskie to be raised at hatcheries for stocking.

The foundation has also purchased PIT tag readers that enable anglers to scan tiny tags that have been implanted into previously caught fish and identify the fish, so they can collect data about the particular fish to help the WVDNR keep track of growth rates, fish movement and event harvest information.

The foundation is continually finding ways to help promote and protect the resources that Trooper Workman cared so deeply for. Each year the tournament continues to grow proving that even in tragedy, good things can continue to prosper.

The tournament is catch and release only and each angler is encouraged to quickly snap the required picture and return the fish to the water unharmed. It is great when anglers come together for some great fun and it is even better when it is for a wonderful cause.

Our officers and first responders aren’t thanked enough for all that they do and for putting themselves in danger to protect us and the resources we all hold dear.

Even in the horrendous event that took two dedicated officers, it is comforting to know that in the memory of those lost they are being honored by promoting the things that were near and dear to them. Even in the absence of Trooper Eric Workman, he continues to make an impact on fish that he loved.

For more information on the Trooper Eric Workman Foundation or the upcoming tournament, check them out at www.eworkman.org or look them up on social media. There is still time to get registered and get out and chase some muskies at your favorite fishing spot and help a great cause in the process. 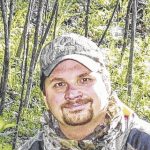 Roger Wolfe is an avid outdoorsman and has spent most of his life hunting and fishing and writes a weekly outdoors column for HD Media. He is a resident of Chapmanville and can be reached via email at wolfeii@hotmail.com. 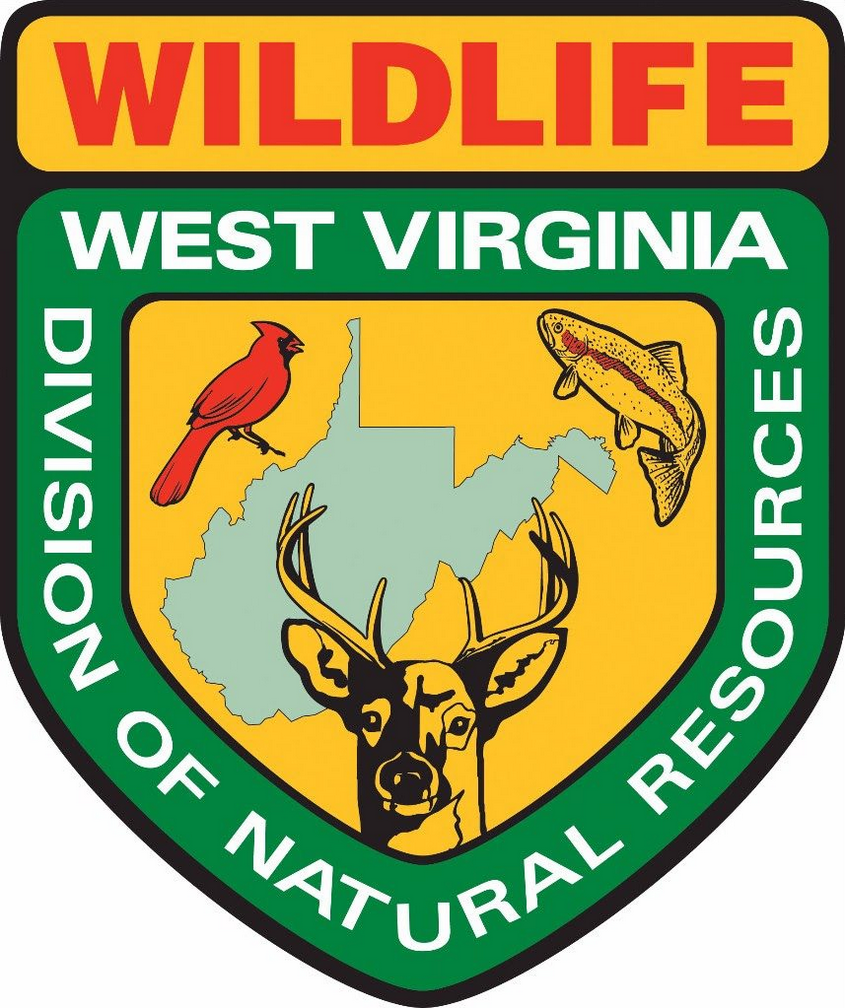 SOUTH CHARLESTON, W.Va. — According to preliminary data gathered by the West Virginia Division of Natural Resources, turkey hunters in West Virginia harvested 12,274 gobblers this spring, which is a 15-year high and a 6 percent increase over 2017. END_OF_DOCUMENT_TOKEN_TO_BE_REPLACED

Photo courtesy of the West Virginia Department of Commerce.

SOUTH CHARLESTON, W.Va. — The Division of Natural Resources (DNR) reminds residents that feeding black bears is a violation of state law as well as a misguided disservice to our state animal, according to Colin Carpenter, black bear project leader for the DNR Wildlife Resources Section. END_OF_DOCUMENT_TOKEN_TO_BE_REPLACED

Cattle farmers John and Clarise O’Dell of Roane County may see their cattle threatened by a new species of tick discovered in New Jersey and Virginia. Staff photo by Rusty Marks

LEFT HAND — John and Clarise O’Dell operate a large cattle farm in rural Roane County. Among other things, they are on constant lookout for tick infestations on their livestock. END_OF_DOCUMENT_TOKEN_TO_BE_REPLACED

Did You Know? – Country Road House and Berries

The month of May means the strawberries are ripe for the picking at Country Road House and Berries in Clendenin, West Virginia! Place an order, find them at the Capitol Market in Charleston, or pick your own berries in one of their 2 acre strawberry fields. Join us as we visit with Angela and John Born at their Bed & Breakfast and strawberry farm location just off of Gabe Creek Road in Clendenin.

CLENDENIN, W.Va. – The Clendenin Leader had an opportunity to sit down with Clendenin, West Virginia Mayor, Shana Clendenin. Not only did we learn about Mayor Clendenin, and why she decided to run for mayor, we also talked about the progress that has been made during her past 11 months in office. In addition to the upcoming Clendenin Homecoming Festival June 22-24, 2018, Clendenin is now a prime location for recreation and tourism based economic development.

A very important event coming up on Saturday, June 2, 2018 is the Elk River Clean-up. This is a great opportunity for the community to get involved and make a difference for the Elk River area. We plan to have more sit down discussions with Mayor Clendenin in the future to keep the Clendenin community informed and encourage everyone to get involved in the great things that are going on in the town of Clendenin.

A “City Guy” Converted, A New Kayak Business on The Elk, and A Song

CLENDENIN, W.Va. – As I navigated my way back to Clendenin after an interview with Steven Grau (pronounced Grouw), owner of a new kayaking and shuttle business called Elk River Get-A-Way, I couldn’t seem to get an old song out of my head. Before I was even born, in the late 1950s, songwriter Pete Seeger wrote a song called “Turn, Turn, Turn” in which he derived the lyrics almost verbatim from the Book of Ecclesiastes in The Bible. The song was later recorded by the folk/rock band The Byrds and quickly soared to number one on the music charts in 1965. The opening line; “To everything (turn, turn, turn), there is a Season (turn, turn, turn), and a time to every purpose under Heaven.” END_OF_DOCUMENT_TOKEN_TO_BE_REPLACED

Many of the changes made to the state’s hunting-season structure focus on enticing hunters to kill more antlerless deer — some of them during the traditional fall seasons, and some during a pair of newly created January seasons. John McCoy | Gazette-Mail

State wildlife officials have voted to extend the 2018 whitetail hunt into 2019 by creating an entirely new season and by extending an existing season.

The new season, dubbed “Mountaineer Heritage Season,” will be open to hunters willing to use primitive weapons — longbows or recurve bows, or muzzle-loading flintlock or sidelock percussion rifles.

The four-day hunt, scheduled for Jan. 10, 2019 through Jan. 13, 2019, will not be open to hunters who use compound bows, crossbows, in-line muzzleloaders or modern firearms. In four counties — Logan, McDowell, Mingo and Wyoming, where firearm hunting for deer is prohibited — hunters will be restricted to longbows or recurve bows.

Commissioners also approved the DNR’s proposal to split the state’s existing archery-and-crossbow season for urban deer into two segments, and to hold one of those segments in mid-to-late January.

The first segment of the season will end as usual on Dec. 31, and the second segment will run from Jan. 14 through Jan. 31. DNR officials originally asked for the second segment to end on Jan. 20, but commissioners voted instead to extend it through the end of the month.

Another regulation change split the state’s wild boar hunting season into two segments, and moved one of those segments to early February.

The first segments will follow the usual format — an archery-and-crossbow season from Sept. 29 through Dec. 31, and a firearm season from Oct. 27 through Nov. 3. The second segment, a three-day hunt open to both firearm and archery/crossbow enthusiasts, will take place Feb. 1-3, 2019.

Commissioners also approved the DNR’s recommendations for changes to the state’s antlerless-deer and traditional muzzleloader seasons.

At the same time they imposed that requirement, however, DNR officials dramatically reduced the number of “earn-a-second-buck” counties. Last year, 23 counties fell into that category. This year, that total will drop to 12.

Overall, the DNR’s antlerless-deer regulations for the 2018-19 season will be slightly more conservative than those for 2017-18.

Twenty-one counties, or parts thereof, will have more restrictive bag limits this year than in 2016. Only five will have more liberal limits. Twenty-eight will remain unchanged.

Those with more liberal limits will include Clay, eastern Fayette, Nicholas, Pendleton and Preston.

At the same time the commissioners voted to split several seasons, they voted to consolidate the state’s archery-and-crossbow season for black bears. In the past, bowhunters were prohibited from hunting bears during the firearm season for buck deer. Now they’ll be able to. The consolidated season will begin on Sept. 29, 2018, and end on Dec. 31.

Commissioners also approved two other bear-related changes, doubling the length of one early-fall season and creating another from whole cloth.

The early-September firearm season for bears in Logan, McDowell, Mingo and Wyoming counties will expand to 16 days instead of the traditional eight. The season will open on Sept. 1 and end on Sept. 16.

Logan Hinebaugh from Mountaineer Challenge Academy, tosses a bucket of trout in the Cheat River near Rowlesburg. 15 thousand pounds of fish went in at 20 stops along the Cheat.

KINGWOOD — Trout for Cheat is celebrating it’s 20th year, according to Art George, president of the program. END_OF_DOCUMENT_TOKEN_TO_BE_REPLACED