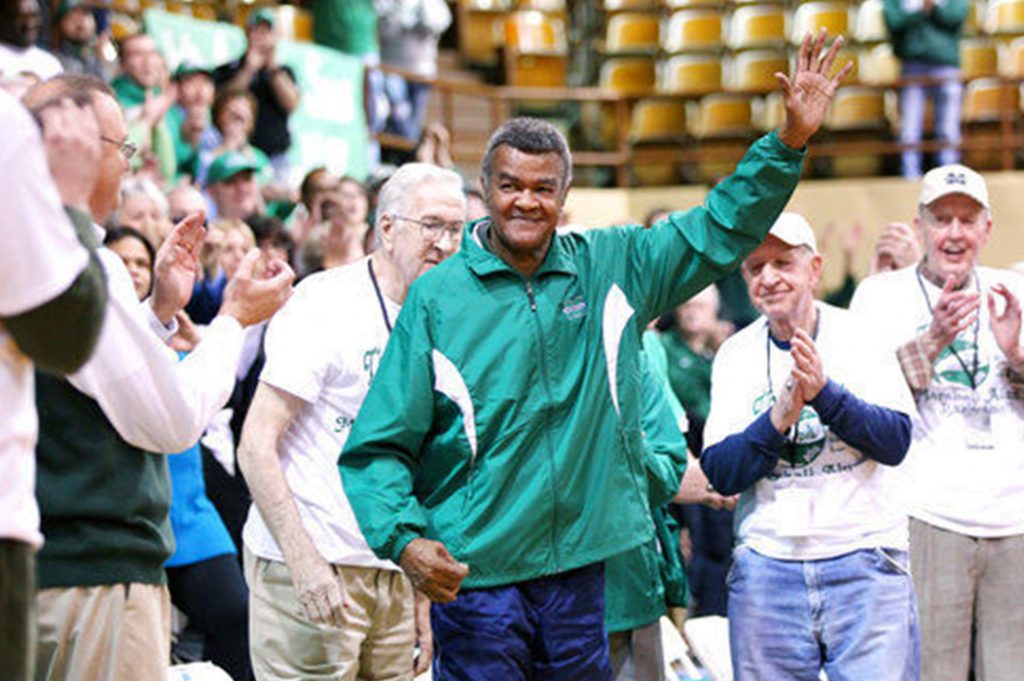 Greer was residing in Scottsdale, Arizona, with his wife, Mayme. The couple’s three children are daughters Kelly and Sherry and a son, Hal Jr.

“For many of us, Hal Greer was a hero who helped us dream that we could conquer the world,” said Huntington Mayor Steve Williams, a city native and former Marshall football player. “He proved that a person of exceptional skill, a strong work ethic, and unbridled determination could set standards that the world would seek to emulate. It’s a sad day for all Huntingtonians.”

Harold Everett Greer was born June 26, 1936, and grew up on Doulton Avenue just off the former 16th Street that was renamed Hal Greer Boulevard in 1978.

“Hal was a fantastic ambassador for Marshall and a great basketball player,” Marshall men’s basketball head coach Dan D’Antoni said. “He will forever be remembered by Herd fans and will be enshrined forever with the boulevard that is named after him.”

Greer was a basketball star at the old Douglass High School and caught the eye of Marshall College head coach Cam Henderson, who recruited him for the Thundering Herd. In 1955, playing for head coach Jule Rivlin, Greer became the first African-American scholarship athlete at Marshall and at a traditionally white college in West Virginia.

“Hal was a great player and a great person,” said former teammate Sonny Allen. “He got better each year. His sophomore year Jack Freeman would have been a a starter, but Jack broke his wrist. Hal got in there and never got out. He was a forward, then he played guard. As a junior he played the pivot. His senior year he moved back to guard.

“He also played [Marshall] baseball. He was a first baseman.”

Allen, a retired coach living in Reno, Nevada, who led Old Dominion University to the 1975 NCAA Division II national championship, said his last contact with Greer was at a “Farewell to Veterans Memorial Field House” event in 2012.

The event was attended by nearly 100 former Herd players and coaches before the building on Fifth Avenue at 26th Street was torn down to make way for Marshall’s soccer complex.

“He kept to himself,” Allen said. “A lot of former players and teammates reached out to him.”

One of them was in Charleston before a game against Morris Harvey College. The Marshall team went into a downtown Charleston restaurant and after about five minutes Rivlin said it was time to leave. Rivlin said the restaurant refused to serve the Herd because Greer was black.

Another time the Herd was in Johnson City, Tennessee, to play and there were two hotels in town.

“One normal hotel and one fleabag hotel,” Allen said. “We stayed at the fleabag and didn’t know why. We found out one hotel was for white people and one was for black people.”

Otherwise, Allen said he never felt any problems with other players, the students or the fans.

Greer was a 1985 inductee of the Marshall Athletic Hall of Fame.

The Philadelphia 76ers honored Greer during their Monday night playoff game against the Miami Heat. The tribute included players wearing black patches with Greer’s No. 15 on their jerseys.

The 6-foot-2, 175-pound guard was an important cog on Philadelphia’s 1966-67 team led by center Wilt Chamberlain that won the NBA championship. Greer averaged 22.1 points that season.

Greer had such a good jump shot that he became known for shooting jumpers on free throw attempts.

The team retired his jersey No. 15 in 1976 and his death came 14 months after the 76ers unveiled a statue in his honor at their Camden, New Jersey, practice facility.

“In addition to his historic contributions on the court, Greer will forever be remembered as a true gentleman who used the tremendous platform of basketball to uplift and inspire others,” the 76ers said in a statement.

Greer was enshrined in the Naismith Memorial Basketball Hall of Fame in Springfield, Massachusetts, in 1982.