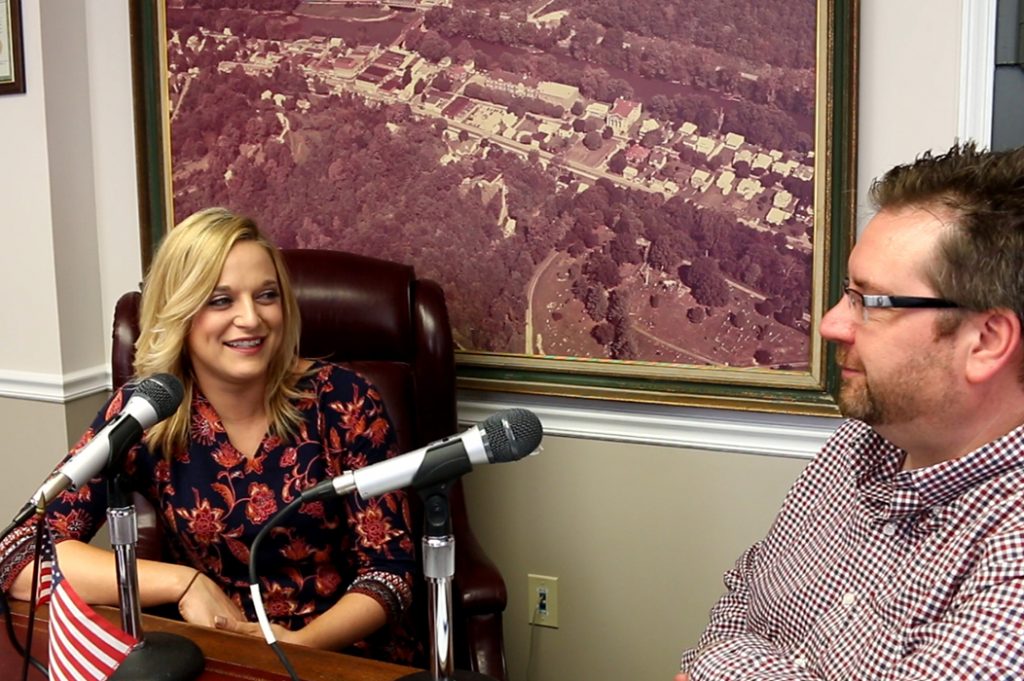 CLENDENIN, W.Va. – Recently, I had the opportunity to sit down with the Town of Clendenin’s mayor, Shana Clendenin to go deeper into the letter she hand delivered to Governor Jim Justice on Wednesday, June 13, 2018. In addition, she copied and hand delivered the letter to the following state officials to inform them of the difficulties the Town of Clendenin had experienced when reaching out asking for assistance from the State of West Virginia.

Below is the two page letter by Mayor Shana Clendenin which provides a detailed account and timeline of her attempt to request help from employees with the West Virginia State Office of Emergency Management including Director Jimmy Gianato, House Speaker Tim Armstead, and members of the Justice Administration over the past year. 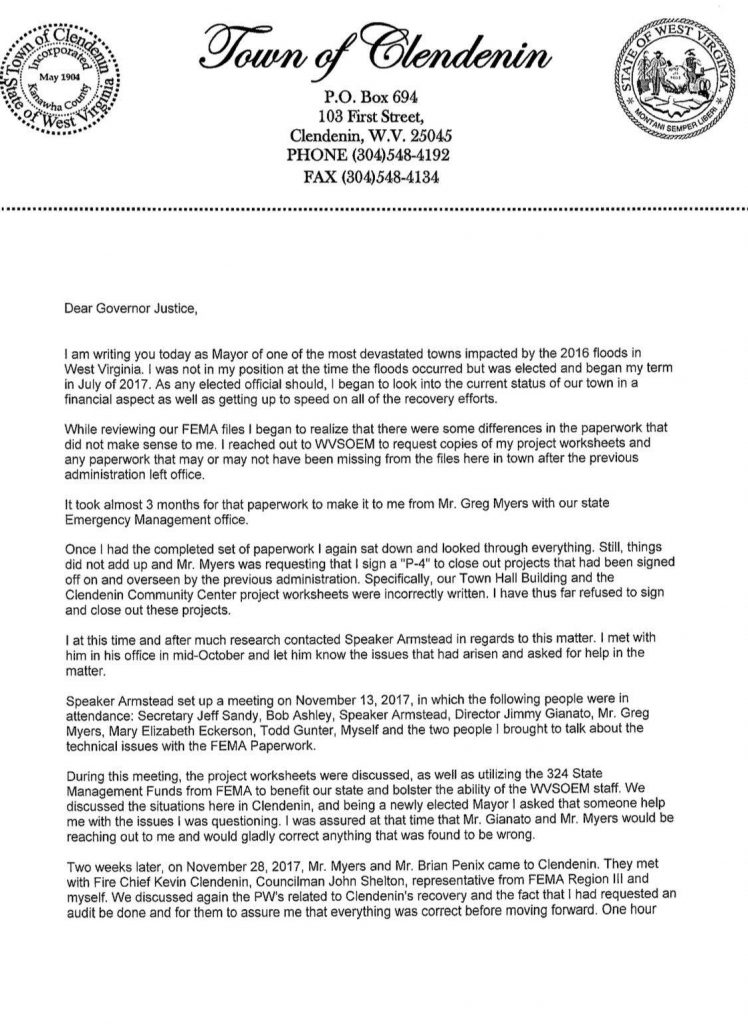 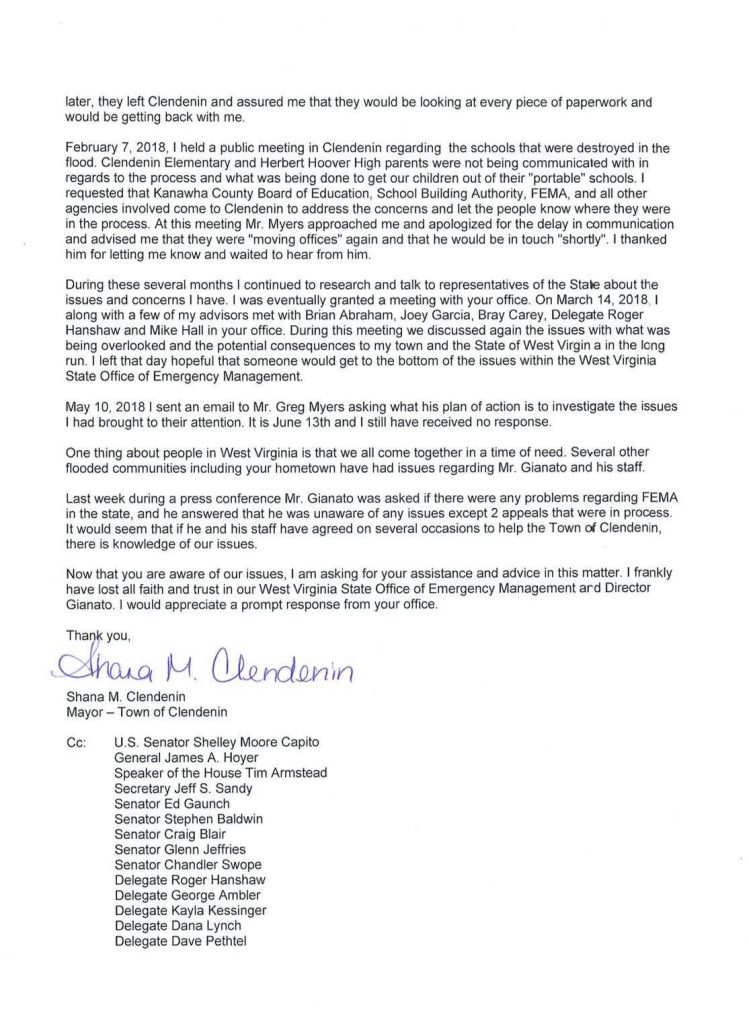 I invite you to listen to my interview with Mayor Shana Clendenin where she provides a detailed firsthand background of the challenges she and her administration has been faced with since taking office in July of 2017 as a result of the 2016 Flood. Also, the mayor gives us an update on the 1st Annual Clendenin Homecoming Festival that kicks off on Friday.