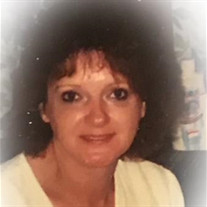 Sharon Gaye Jett, 62, of Charleston, WV, lost a brave battle to Ovarian Cancer January 9, 2018, at Glasgow Health and Rehabilitation after a long illness.

She was the daughter of the late George Alfred Allen and Minnie Kathleen Rollins. She was also preceded in death by her brothers, Roger and Jerry Allen.

Sharon was a loving mother and grandmother. She also was a caregiver for the elderly.

As per her request, there will be no services. Burial will be in McCune Cemetery at a later date.

Matics Funeral Home is in charge is the arrangements.