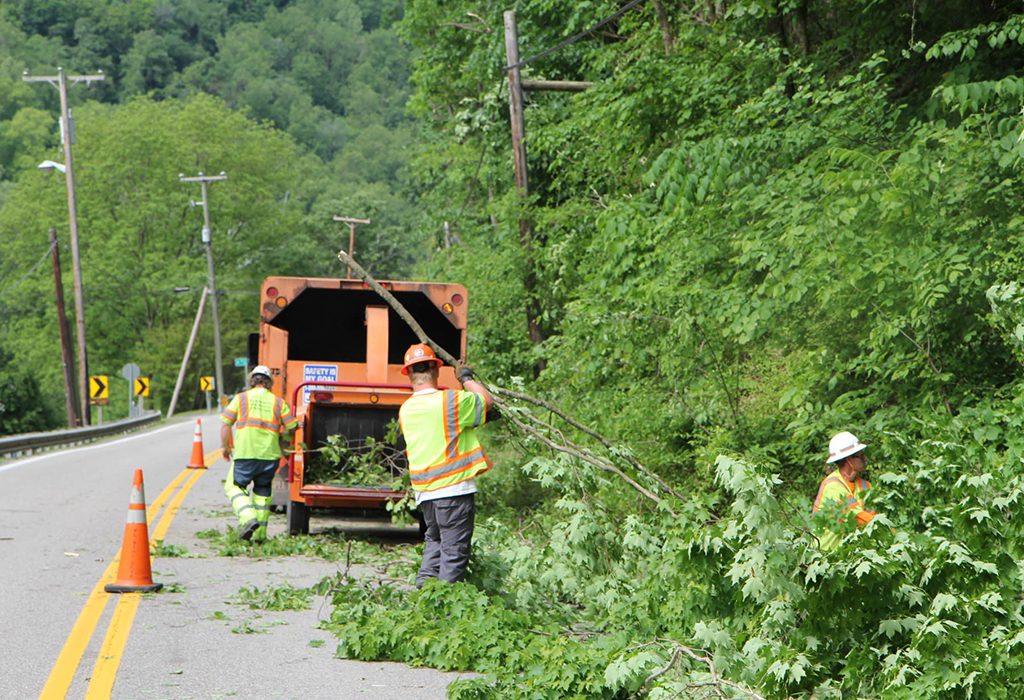 CHARLESTON, W.Va. – Since late June many residents in an area from Big Chimney to Elkview have experienced several tree-related power outages. Many of the outages were lengthy and most took place the first week of July, a period in which high temperatures and heat indexes helped produce a series of isolated but severe summer storms.

“We understand why people are upset about it,” said Chris Beam, Appalachian Power president and COO. “It’s not the type of reliability we aim to provide, it’s not the quality of service our customers deserve, but it is something to which we’re dedicating significant resources to make better.”

Beam explained that across its West Virginia service area Appalachian Power is implementing a cycle-based right of way maintenance program, where vegetation is cleared from along electrical circuits end-to-end every four years. Since 2014 the company has invested more than $190 million on its cycle-based vegetation management program, and is seeing an overall drop in tree-related outages of 32 percent on circuits that have been completed.

Tree clearing work began in 2017 on the Elkview-area circuit plagued by recent outages. Unfortunately most of the recent outages came from tree contact in areas still scheduled to be cleared.

“We still have about 40 miles of line to clear on this circuit and should have that work complete in September,” said Beam. “We are investing $1.2 million on this circuit alone to clear trees from power line rights-of-way.” Beam says while Appalachian Power can’t stop storms from bringing down trees, tree-related outages should drop significantly as a result of the work.

Appalachian Power has 1 million customers in Virginia, West Virginia and Tennessee (as AEP Appalachian Power). It is a unit of American Electric Power, one of the largest electric utilities in the United States, delivering electricity and custom energy solutions to nearly 5.4 million customers in 11 states. AEP owns the nation’s largest electricity transmission system, a more than 40,000-mile network that includes more 765-kilovolt extra-high voltage transmission lines than all other U.S. transmission systems combined. AEP also operates 224,000 miles of distribution lines. AEP ranks among the nation’s largest generators of electricity, owning approximately 26,000 megawatts of generating capacity in the U.S. AEP supplies 3,200 megawatts of renewable energy to customers.

As part of a large initiative to reduce outages on an electrical circuit from Big Chimney to Elkview, Appalachian Power is investing $1.2 million on this circuit to clear trees from power line rights-of-way. https://t.co/lMv0yDGTjD pic.twitter.com/A471IYtSYD