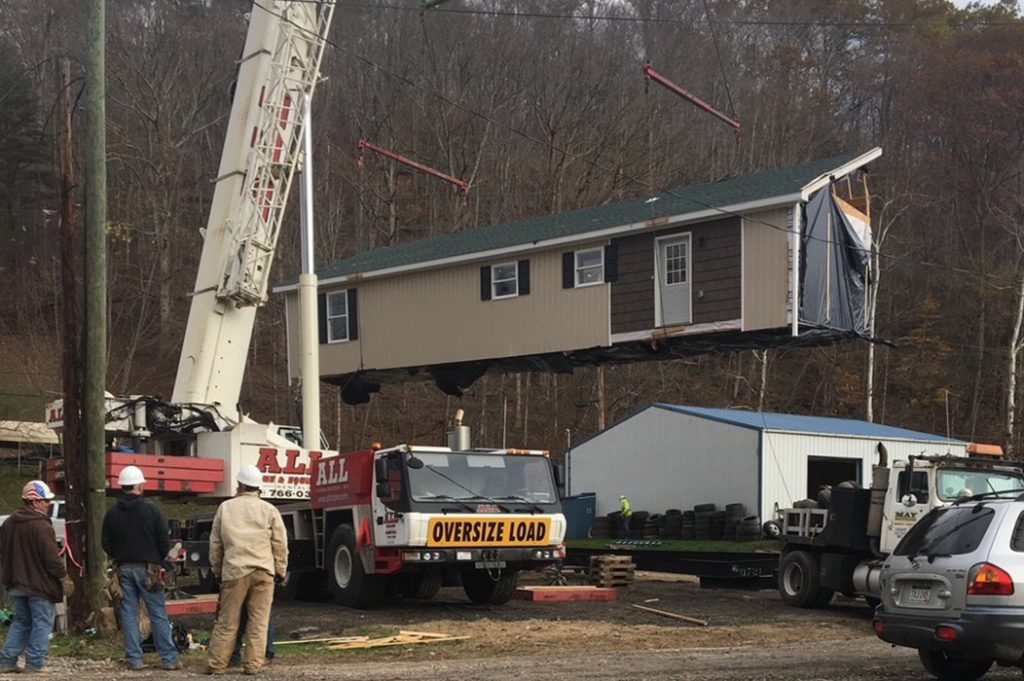 A Clendenin family whose lives were turned upside down after the June 2016 flood has moved into a new home thanks to the work of the West Virginia Conference of The United Methodist Church and a groundbreaking rebuilding project.

Miranda Nabers, a case manager working through the conference to help survivors of the June 2016 flood, has assisted a family of four through the recovery process since they lost their Cobb Avenue home in the flood.

The family was visiting relatives out of town when the flood hit. Their entire home was submerged, their two dogs perished and all their belongings were destroyed.

“It was terrible timing,” Nabers said. “They had just bought that land right before the flood.”

The family, which includes two young children, lived with relatives for more than a year and a half after their home was destroyed.

They now are the owners of a brand new mobile home, the product of a unique partnership between the United Methodist conference and a technical school in Upshur County.

Each year, students at the Fred W. Eberle Technical School in Buckhannon build and auction off a manufactured home. The conference purchased the 2017 model and had it transported and placed on an elevated foundation on the family’s Clendenin land.

The conference also paid for the 10-foot foundation to be constructed to get the home out of the floodplain. A crane then moved the home, in two pieces, onto the foundation.

“The family was there, and that was a great thing for them to see,” Nabers said. “That was a cool experience to watch the kids get to see that. They were pretty pumped. They said, ‘They’re putting our house on a crane! It’s in the air!’”

“It was a great partnership,” Nabers said of all the volunteers and organizations that helped get the family moved into their new home. “They wanted a clean slate. They’re very excited.” 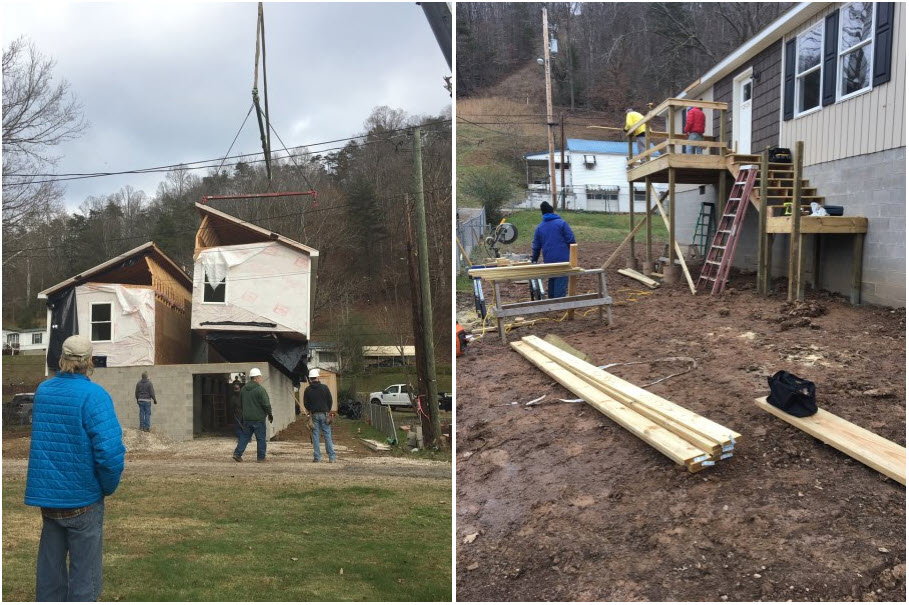